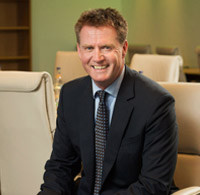 Welcome to the summer 2017 issue of Conference Call. It’s almost festival time here in Edinburgh – so the city is gearing up to showcase what makes us the world’s leading festival destination.

In addition to the vibrancy, energy and culture that will fill our streets in  the coming weeks 2017 promises something extra special, for this year marks the 70th anniversary of Edinburgh’s three founding festivals. For Conference Call, Director of Festivals Edinburgh, Julie Amour, looks back at the spirit  with which it all began and discusses the importance of the festivals within today’s world.

You don’t have to be a festival-goer to discover Edinburgh’s rich history and cultural heritage though. Our Destination feature in this issue introduces ‘Edinburgh’s 101 Objects’, a collaborative project which has grouped together 101 of the city’s most treasured objects – each with their own stories – for visitors to find and enjoy. At the same time as showcasing some of Scotland’s classic tourist destinations, the project is shining a light upon some of the city’s lesser-known spots.

Of course, to some people Edinburgh is entirely new ground – not least our latest presidential delegate at the EICC, Barack Obama. On his first ever visit to Scotland, the former US President addressed philanthropic and business leaders during a charity dinner on the evening of Friday 26 May. The event raised £670,000 to be invested in charities supporting young people in Scotland. You can hear what some of our team had to say about meeting President Obama in this issue’s Highlights section.

We also take a closer look at a recent global conference held at the EICC, The Royal College of Psychiatrists' International Congress. Head of Event Operations for the College, Sonia Walter, explains the aim of the Congress and how the EICC helped to make the four-day event such a success.

We hope you enjoy this issue of Conference Call and that you can make it to Edinburgh to join in the festival anniversary celebrations this summer. Please do get in touch if you have any feedback.